Pewter has been extracted and used by man since antiquity. Pewter reached its apogee in 17th and 18th century France when King Louis XIV, ruined by war, ordered his subjects to melt down their silverware. A number of pewterworks were established at this time to produce tableware for the French bourgeoisie and aristocracy.  The first cafés, bars and bistros sprang up in Paris following the rural exodus of the late 19th century. A step up from the bougnat –a bar that also sold wood and coal– these establishments served food and drink over a comptoir often simply made of wooden planks clad in sheets of lead pewter, and later pure pewter. As grand cafés came into their own on the boulevards of Paris, the race was on to decorate each comptoir with ever more sophisticated molding that attested to the caliber of the establishment and showcased the artistry of the pewtersmith.

In the early 2000s, Xavier Lavergne, an architect by trade and longtime admirer of the art of the comptoir, developed collections of classic countertops and parts. He spearheaded exports of a Gallic icon by putting French craftsmen in contact with an American company.  A few years later, he recruited one of these craftsmen, a master pewtersmith based in central France, to form the backbone of our dedicated team tasked with honoring tradition and giving birth to a pewter comptoir for the 21st century.
Keen to safeguard this legacy of French craftsmanship we brought in special tools and new techniques to fashion the forms and surfaces of our counters. 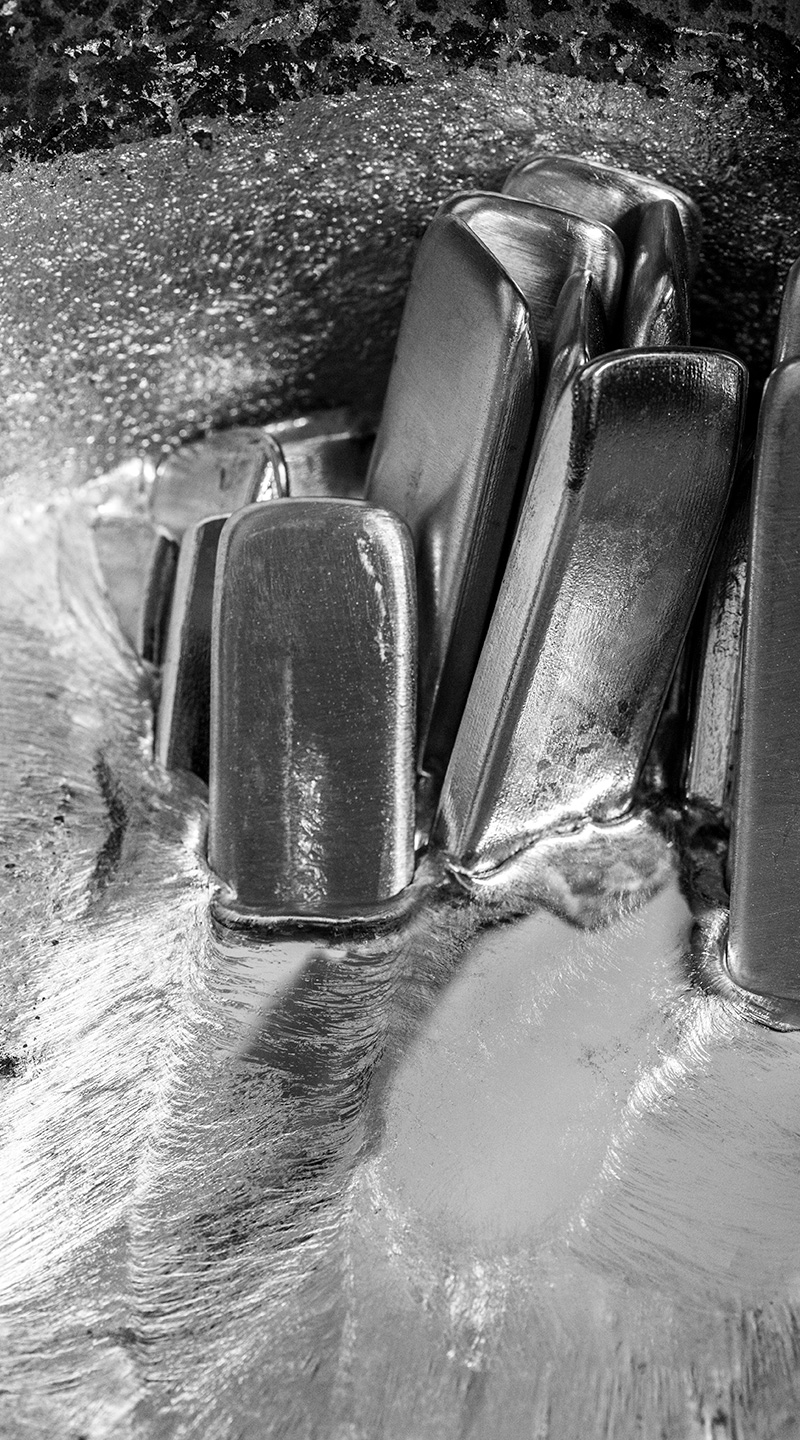 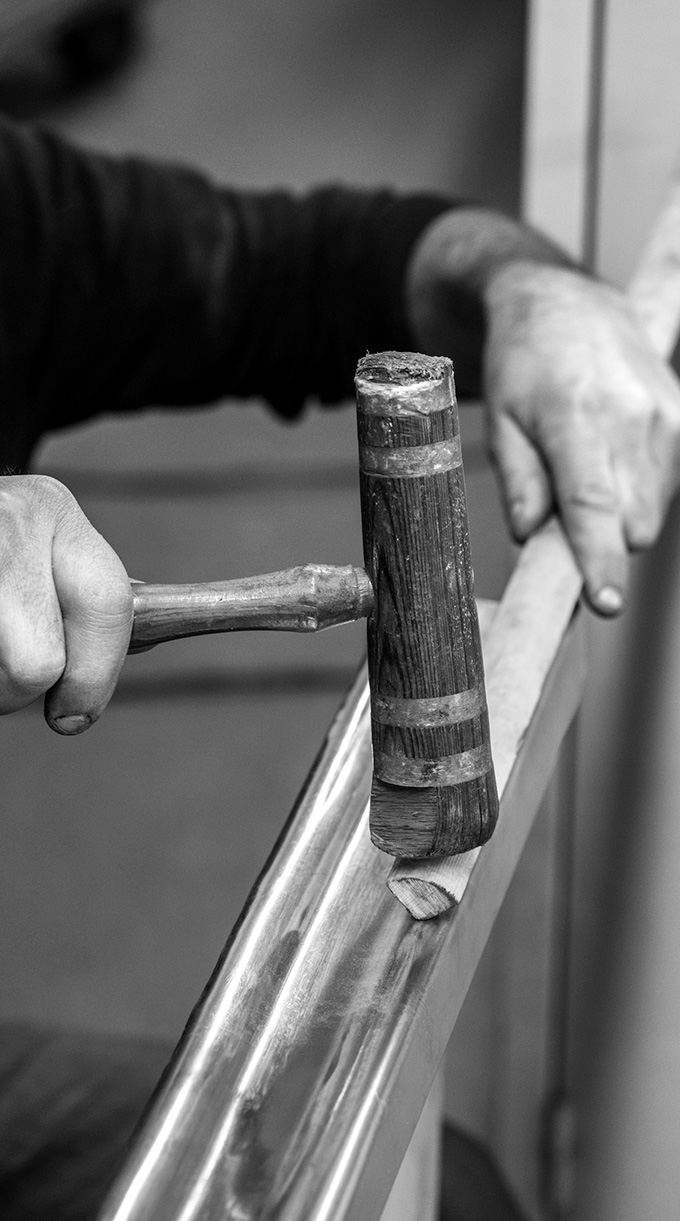 In the workshop the manufacturing process runs like clockwork. Our carpenter builds the panel, and planes and assembles the moldings using rabbets. The piece is now ready to be coated.
Our master pewtersmith employs the tools he inherited from his father's business. He and his coworkers and apprentices use age-old pewterworking techniques to hammer the sheets into a snug fit for the wooden forms by heating, bracing, bending, winding, turning and punching the pewter. He deftly welds the sheets to one another with such skill that the procedure is undetectable. The final stages are sanding or hammering the piece to produce the desired finish. Decorative borders made of cast pewter may be added to the moldings at the end of the process for additional graphic relief.
We may supplement these traditional techniques with other original, proprietary methods to allow the pewter to take on more complex contemporary forms.
Our team also prepares surfaces for artists to engrave by hand, to paint with a variety of intricate stencils, or to rough out and insert gem-set materials.

Here in the workshop our approach is practical, meticulous and methodical. We value precision, task-sharing and team spirit. We work well together because we look out for one another. We need a close-knit team to bring into the world and co-parent a newborn. 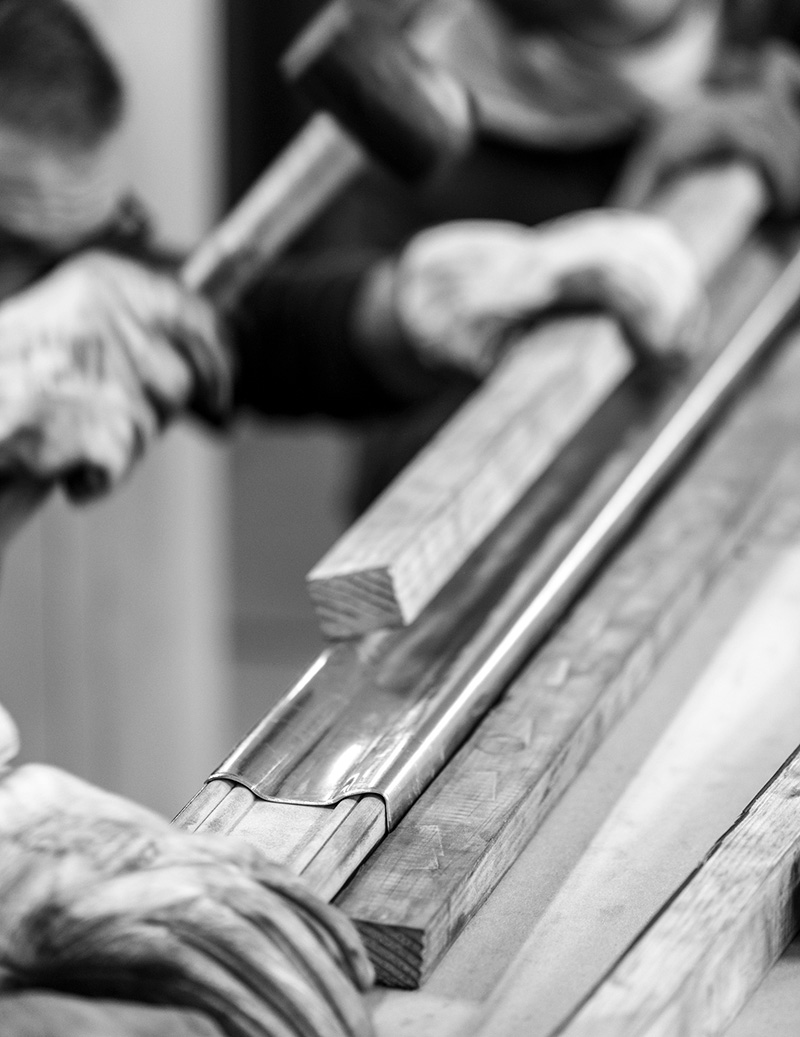 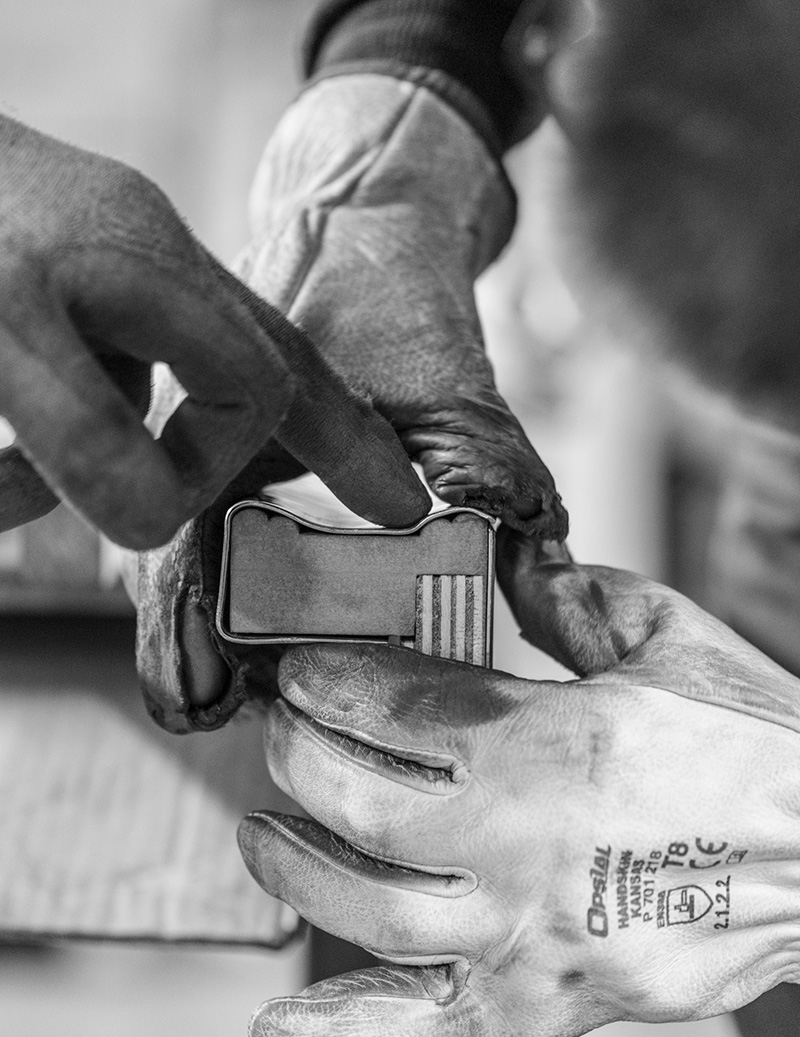